The period from the mid-80s all the way through the 90s can be considered the Golden Age of Nickelodeon. Green slime, whacky cartoons, and that bright orange splat Nick logo were iconic of the fun and quirky era. Here are 7 of some of the best Nickelodeon shows that came out of that time and are an important part of Nickelodeon history. 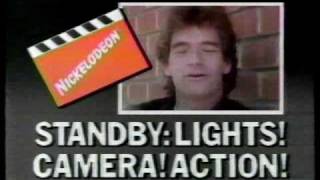 Ah yes, the classic educational show that taught kids what it took to make a movie. Kids who grew up in the 80s might remember being taken behind the scenes of blockbuster films such as Star Wars, Monty Python, and Star Trek. Speaking of Star Trek, Leonard Nimoy, also known as the infamous Spock, hosted “Standby: Lights! Camera! Action!” It first aired in 1982 and covered topics of script writing, costume making, special effects and more. 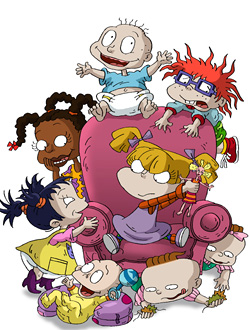 Who can forget that brainy group of toddlers always causing mischief? No matter what kind of trouble they got into, with each other’s help, they always managed to get out of it just in time for their nap! “The Rugrats” was one of the first animated series created by Nickelodeon alongside “Doug” and “Ren & Stimpy.”

For the 10th anniversary of “The Rugrats,” Nickelodeon premiered a new series called “All Grown Up” with the same characters now as teenagers and pre-teens. Fans who grew up with the Rugrats could relate to the new challenges the Rugrat crew faced as older kids. 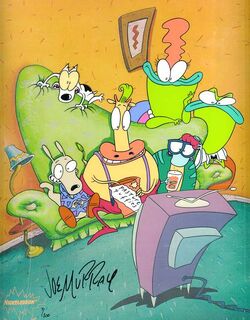 “Rocko’s Modern Life” was created right at the beginning of Nickelodeon’s Golden Era. Joe Murray, the show’s creator, found inspiration for Rocko, a naïve wallaby, from a trip he took to the zoo. The show follows Rocko as he adjusts to a new life in America alongside a handful of eccentric friends.

Few cartoons attempted to give insight into inner city living, like this one. “Hey Arnold”, a fun show about a group of fourth graders living in the city, combined mature themes with elementary humor and quirky characters, which is what made the show so successful. Arnold, also called football head, was not only the star of the show but the glue that kept his group of friends together as they dealt with life in the city.

“All That” was Nickelodeon’s version of Saturday Night Live, and kids loved it. Some of the best characters of the Golden Age came from “All That”. Kenan Thompson, who eventually went on to perform for SNL, was known for his hilarious characters – Super Dude, an awkward teenage superhero and Pierre Escargot who spoke horrible French all from a bath tub. Amanda Bynes joined the “All That” cast at a young age and was best known for her sketch “Ask Ashley” where she played a sassy young girl giving advice in response to fan letters. Nickelodeon fans will always have a place in their heart for the talented and zany “All That” cast. 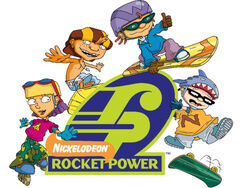 Although it came towards the end of the Golden Age, “Rocket Power” can still be considered classic Nickelodeon. The show touched on serious topics such as main characters Otto and Regina’s mother passing away. It also created some of the best Nickelodeon characters of all time like Uncle Tito, a surfer who made a living off of selling hamburgers and always had great advice to offer the crew of adventurous kids. The main characters of “Rocket Power”, four kids with a taste for extreme sports, always seemed to get stuck in some kind of situation where they all banded together to get out of it and go back to having fun in their ocean-side town.

Something about the quirky sponge living under the sea became so popular that the show has gone down in history as the highest rated Nickelodeon series of all time. “SpongeBob” is the foundation of many 90’s kids’ childhoods and is still popular today, despite those kids being young adults now. Aside from the unique characters and dynamic storytelling, part of what made “SpongeBob” so successful was its appeal to various age groups, young or old.

These nostalgic classics will forever be remembered as some of the best Nickelodeon shows of all time. New shows will come and go, but nothing will ever quite compare to Nickelodeon’s Golden Age. When you get a chance, check out some (or all) of these iconic shows, you won’t regret it!

One thought on “The Golden Age of Nickelodeon”